"Termites. They're as small as ants, but when they work together, they cause more than $30 billion in damage around the world."

"Termites. They're as small as ants, but when they work together, they cause more than $5 billion in damage in the U.S. each year"

Also known as ‘white-ants’, termites are soft-bodied insects with a body length of 4-11mm. These tiny insects have a foraging behavior which makes them constantly search for food. They can gain access to property and furniture through gaps as tiny as the width of a business card.

The tropical and high humidity environment we live in is a combination which conducive termites to grow.

Before termite infestations can be treated it is important to carry out an inspection of your premises which will reveal the species of termites. Once a full assessment has been done, a recommendation will be made on the options of treatment. Given the intensity of the infestation, we will then effectively treat active termites found and if there is no evidence of an infestation, we will implement a proactive termite prevention solution.

In providing recommendations, providing treatment and implementing preventive measures, our team of expert staff offers a completely professional service. They have been trained on many aspects which enables them to make the most effective recommendations of treatment for your termite infested property. 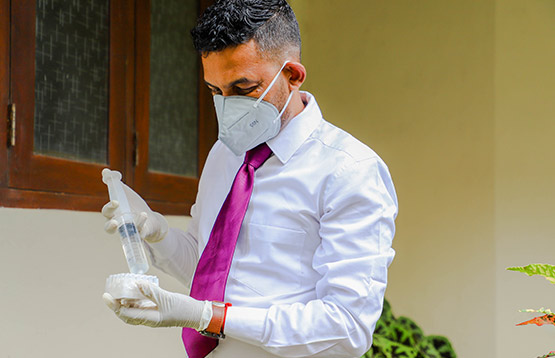 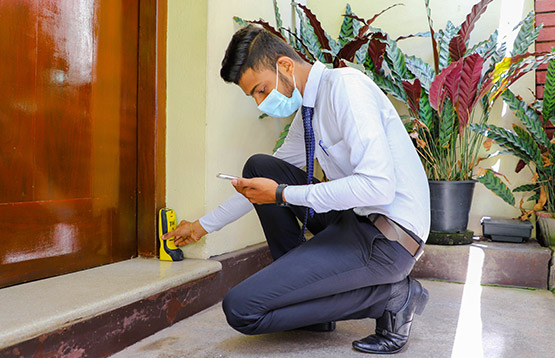 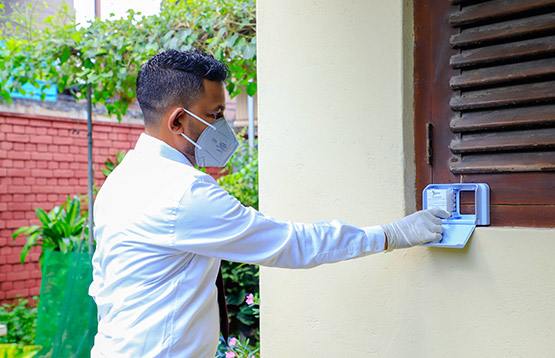 As the name denotes, XTERM termite baiting works by luring the termite workers to feed on the bait. Termite workers are one of the main castes within the termite colony and their main task is to gather food for the sustenance of other termites. By targeting worker termites through baiting, we can effectively reach the other termites. These termites will then share it with others in the colony. This allows the bait to reach even the Queen and the King. In other words, Xterm™ targets the heart of the colony. Thereafter, an active ingredient (slow acting toxicants) in the bait halts the termites’ moulting process – the process which enables them to grow, thereby,effectively eradicating the entire colony.

Due to their natural foraging behaviour, termite workers will then feed on the bait and share it with other termites in the colony. An active ingredient in the termite bait affects termites by stopping the moulting process they need to grow. As the worker termites die off, the colony declines to the point it can no longer sustain itself, ultimately leading to its elimination.

Baiting is different from more conventional treatment methods, as they do not require drilling and pumping of huge quantities of toxic chemicals to the soil. These methods carry some associated side effects; including, disturbances and damage to the floor and property.

In contrast, baiting is an eco-friendly treatment method, which involves using a small amount of pest-specific chemical and is done in a non-disruptive and minimal hazard manner.

Xterm™ offers a professional looking and cleaner, non-messy formulation that is easy to install service and monitor. 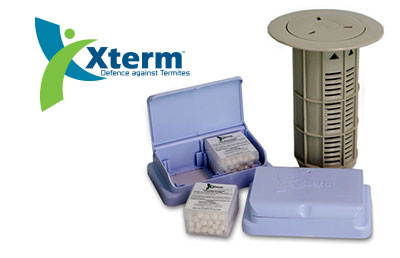 A liquid chemical is applied around the boundary of the property by injecting termiticide into the soil to form a barrier between the soil and the physical structure. This application of the termiticide can be done both before and after construction and is applied under a concrete floor or around the foundations.

Once applied, worker termites that dig through the soil in search of food come in contact with the chemical, through ingestion as well as through its adherence to their bodies. The exposed termites then spread the slow acting ingredient to other termites, ultimately resulting in the annihilation of the colony populations.